The Story Behind Chingford Village Festival 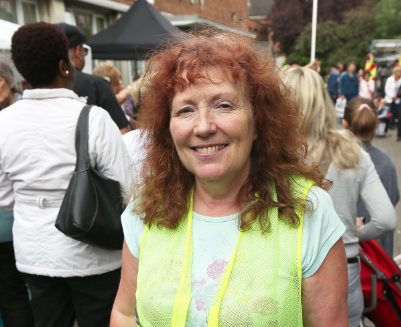 I had ME in 1989, confining me to a wheelchair for about 1 year. Although I couldn’t do much physically, I started song writing and joined The British Academy of Songwriters, via which I ran The New Songwriter’s Showcase in London’s West End for 10 years. This event enable thousands of up and coming songwriters to perform.

In 1991 I began co-writing musical shows for local drama groups and schools with Simon Proctor from The Royal Academy. We had some success with ‘Mayhew’s London’, which we are reviving with a new script/script writer and aim to re-launch it later in 2019.

In 1994 I was involved with running a youth club in Highams Park which ran for very successfully for 2 years, shutting down only due to lack of funding and LBWF good will.

I was on the preliminary judging panel of the Eurovision Song Contest for 2 years and met many interesting and well known personalities including Lionel Bart, Jona Lewie and Chas & Dave who all became regulars at my showcases, along with producers and record label celebs.

It was via these contacts that I was asked to run a band completion for EMI and a Country Music Showcases for what was then Country Music Radio. George Martin ( who produced The Beatles ) attended one evening and what a gentleman he was.

I decided to start a local community based event. Having lived all my life in Waltham Forest (35 years in Chingford) and had heard about the original Chingford Day back in the 40’s 50’s and 60’s and also remembered attending the wonderful fun days that took place on the old Halex site in Highams Park.
My aim was to offer the local community a day on which they all came together, at a Free event enjoying local, arts, crafts, but the beating heart was and still is ‘A Day In the Life Of Music’. This meant offering a diverse range of music. This includes, Choirs, Rock, Jazz, Blues, Folk, Indie, Pop, Bag pipes and a myriad of other musical genres.

It brings to mind so many people who helped or joined me on this journey ( and as The Beatles said “ Some are dead and some are living”) running tombolas, checking toilet roll supplies and getting rows of chairs lined up at the last minute. I think there’s a musical in this somewhere.

I have to say that one of the funniest moments was many years ago when the children’s entertainer was late for her show behind her puppet theatre. We were looking everywhere for her when someone decide to stick their head behind the theatre to find that the in the blazing heat she had passed out. She recovered very quickly to do the show and thought it was very funny. “Oh no it wasn’t”!!

A few said it couldn’t be done but I’m so glad I didn’t listen as the event now attracts several thousands of attendees and has over the years probable offered opportunities to tens of thousands of performers, craftspeople, businesses and has become what I’ve been told is a ‘Not To Be Missed Day!!